On Sunday 13th January from 11am Thornton Heath Community Action Team will be holding a protest and collecting signatures on a petition against a proposed Adult Gaming Centre on Thornton Heath High Street (where HSBC used to be).

We are protesting against this development for the primary reason
that the proposal is contrary to the Local Plan and therefore should be refused as it undermines the High Street’s vitality.
Other contributory factors are:

• The adult gaming centre would be located in an area of high deprivation (Source: DCLG, 2015) which is associated with poor physical and mental health.

• The proposed premises are opposite a leisure centre which is regularly
visited by groups of primary age children attending swimming lessons.
There are two Whitehorse Manor primary schools at either end of the High Street on Whitehorse Road and Brigstock Road.

A second petition will request a public meeting to discuss the proposed development of 4 blocks of flats and 2 commercial units behind Iceland.  You can sign them both outside Tesco on Sunday morning.

Come and support us! 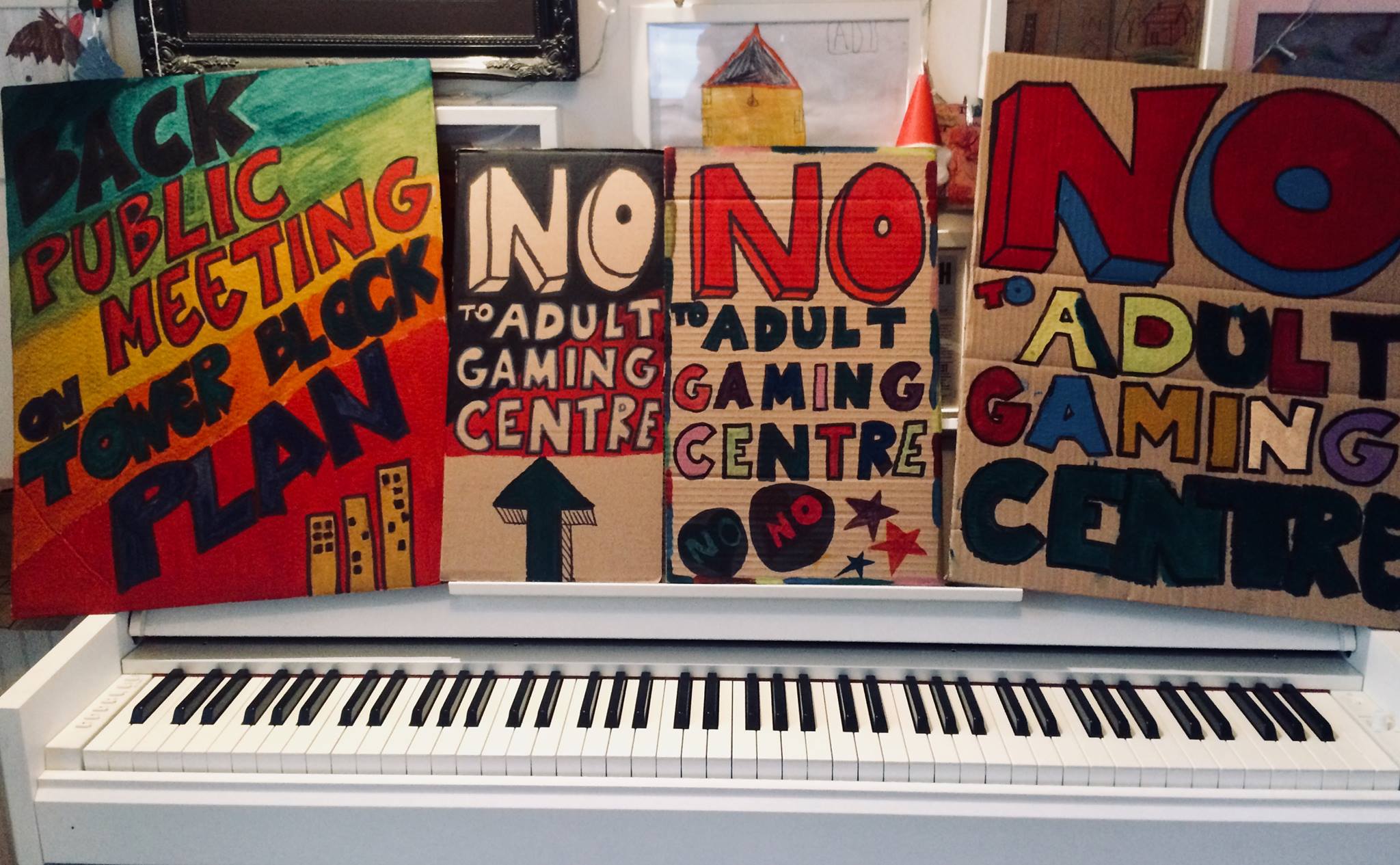